The Cure, Ricochets, Robyn, Sigrid and many more experienced an ocean of fans enjoying their music from the festival’s many stages. Øyafestivalen is 20 years old, and has developed into a well-run music festival where everything runs smoothly.

Big stars and good food and drink are essential for a major festival to be successful. But halls, stages, security and tents are also vital. And us at O.B. Wiik were obviously ready to rig the festival

Vi rigged everything from small bar tents to large concert halls. Circus Stage, was a complete concert hall where artists entertained their audiences on a 40 metre-wide stage. The Club was Øya’s concert venue for electronic productions Well-known DJs delivered their sound from the Club’s more intimate tent, 20×25 metres in size.
Cosy pop-up tents, pagodas and concession tents were turned into a city of restaurants. The public and musicians alike enjoyed themselves thoroughly in this marquee city which offered an exciting choice of food and drink. The tents endured the weather, wind and stood firm throughout the festival, of course.
One of Norway’s best music festivals impressed yet again, and us at O.B. Wiik are proud to have contributed to such an awesome event. Rock on! Or rig on – as we would say. 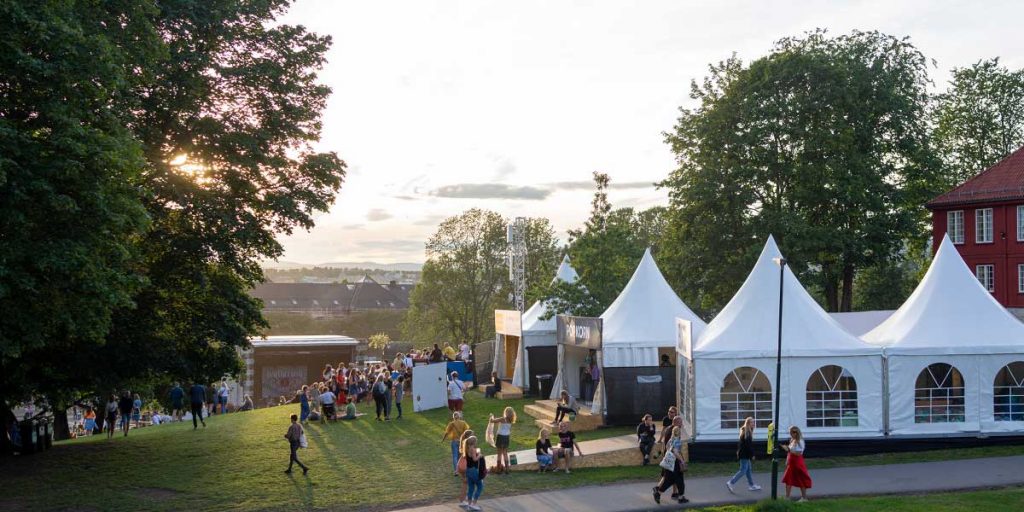